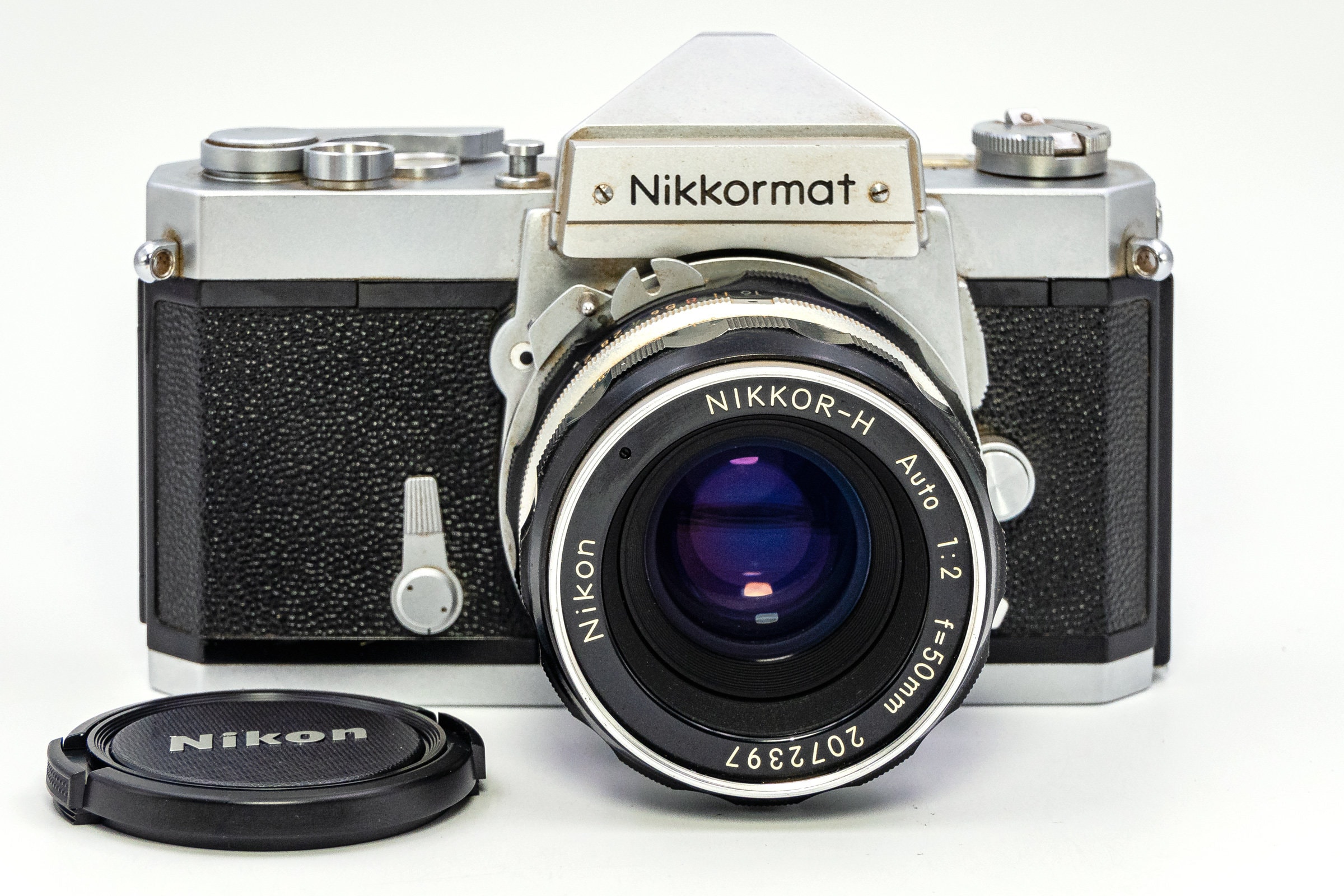 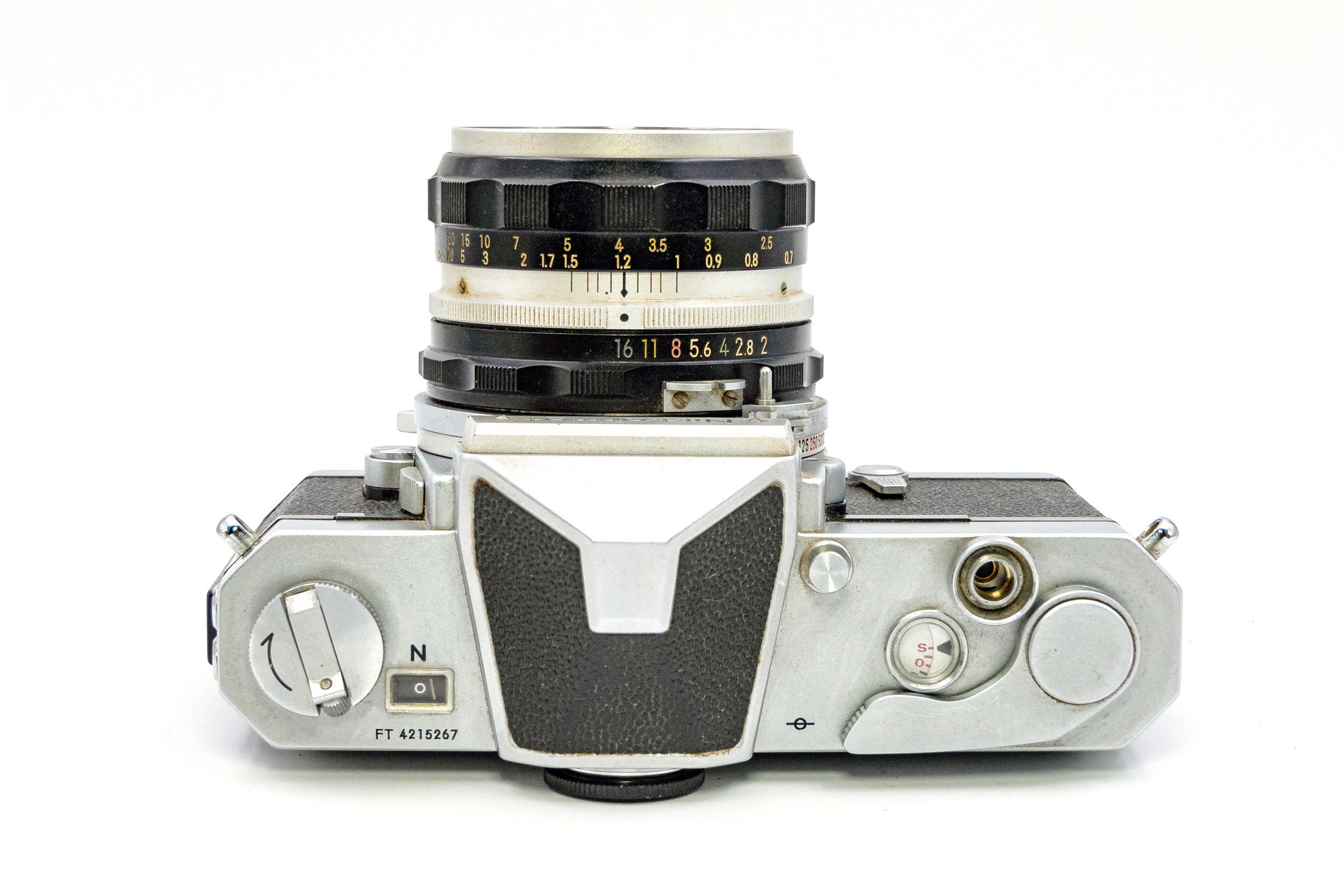 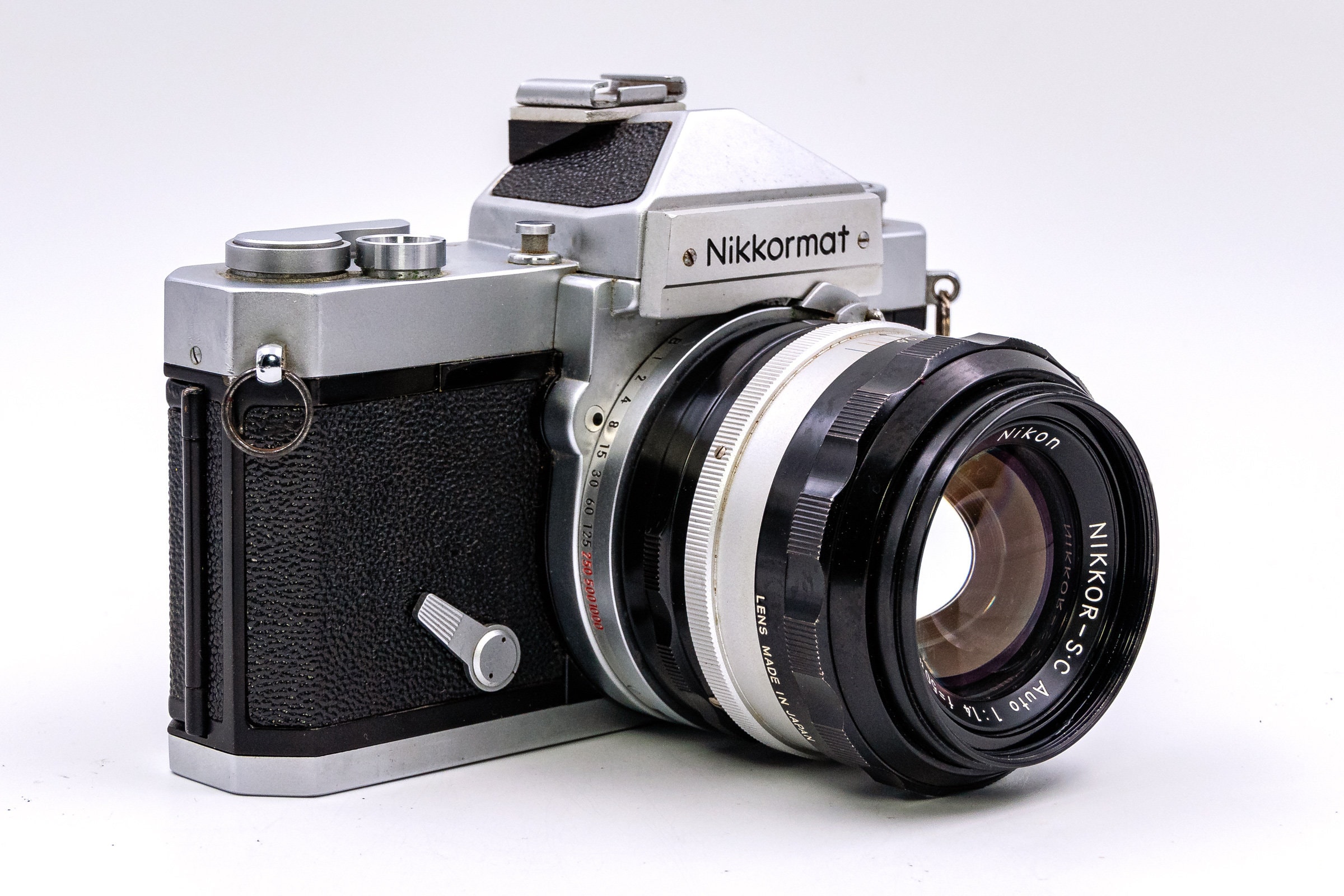 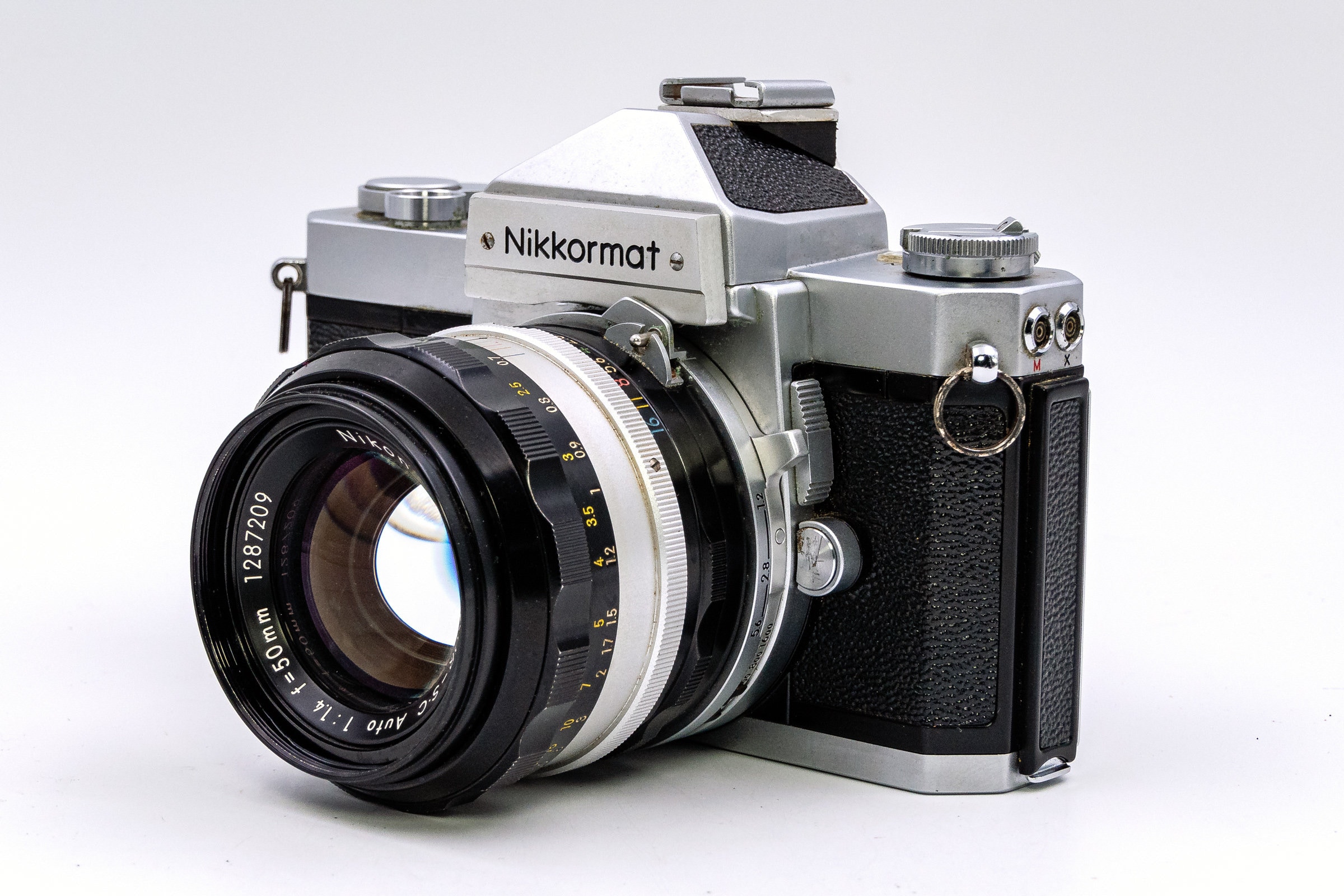 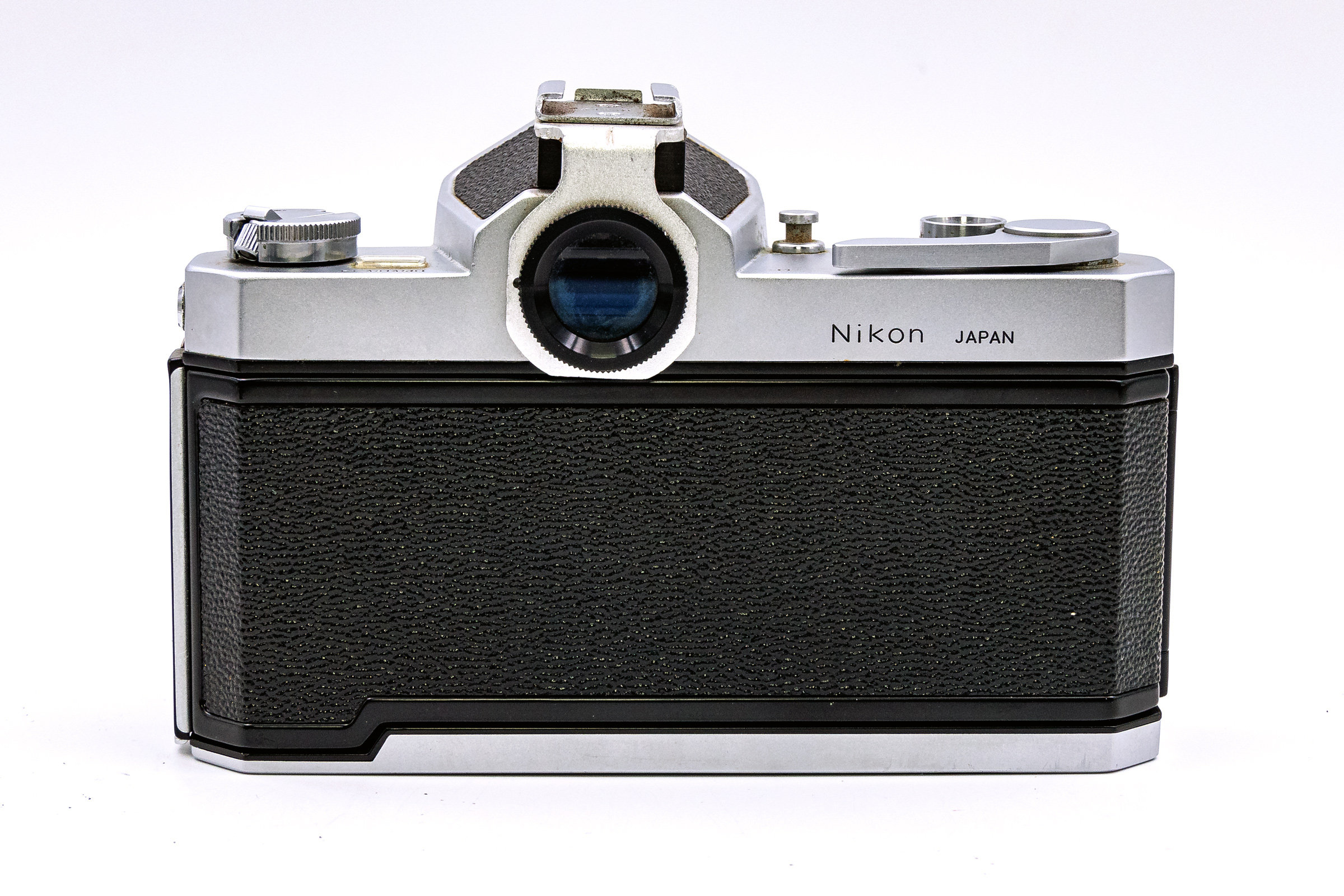 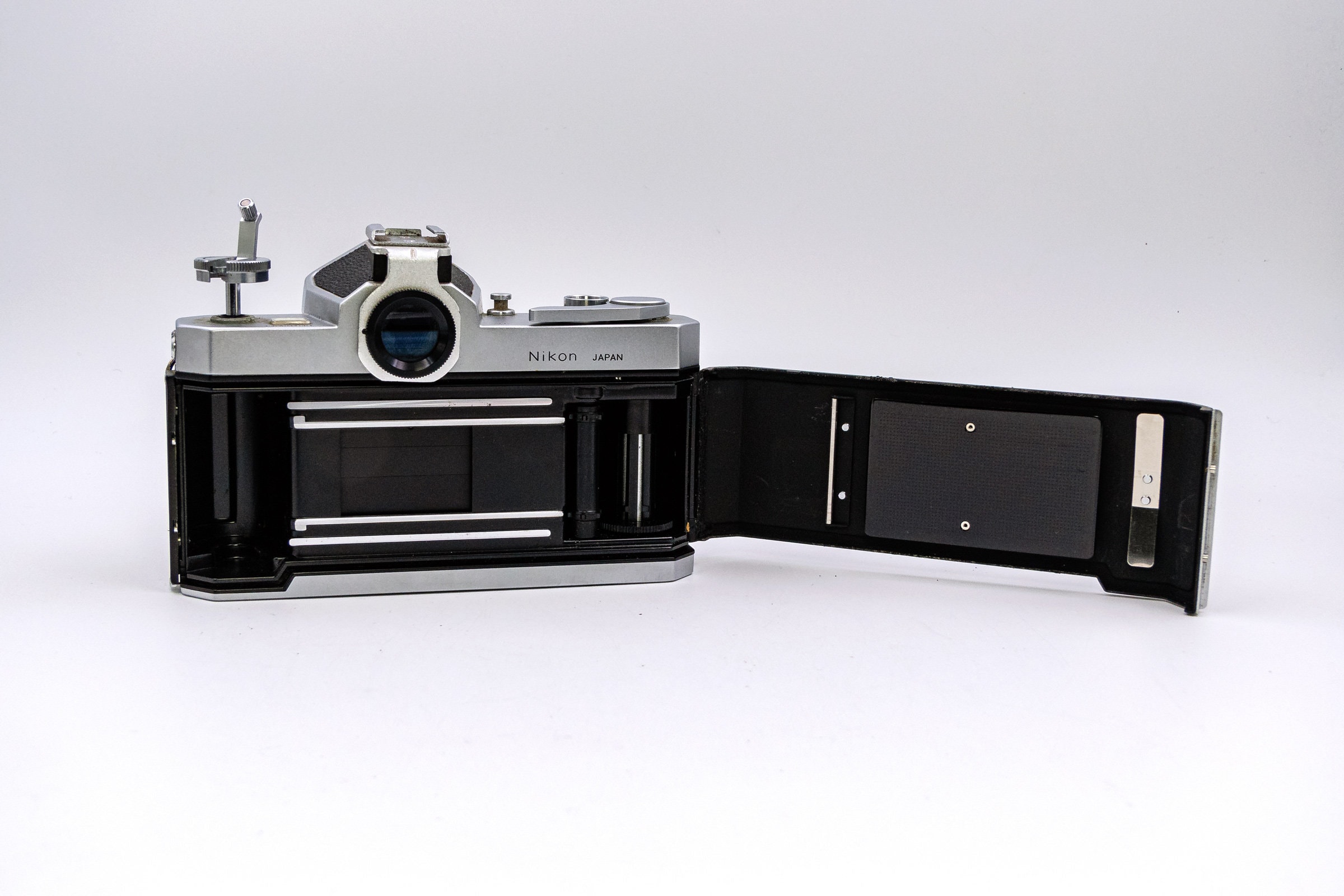 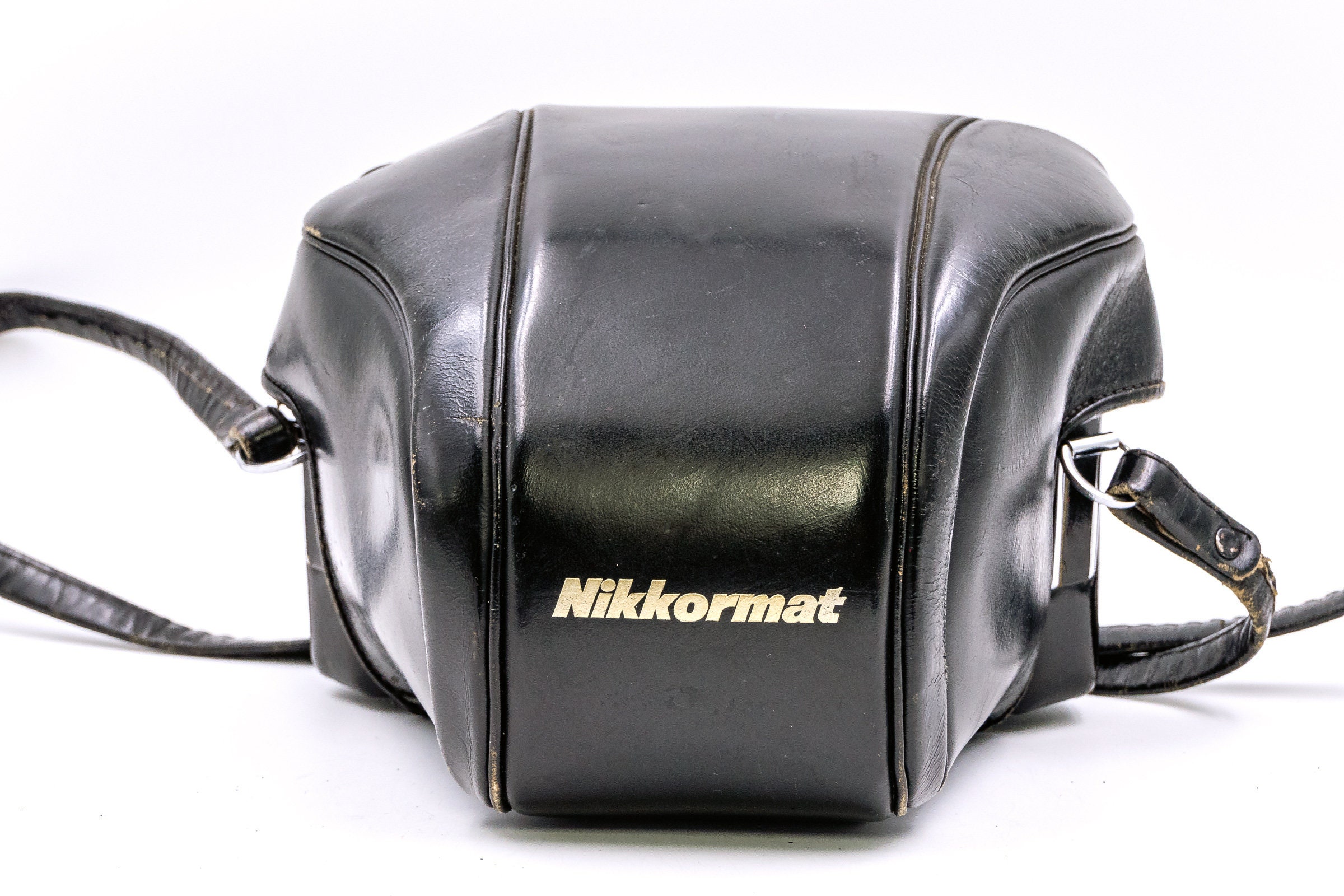 The Nikomat/Nikkormat FTN Nippon Kōgaku was a successful and lauded iteration of the Nikomat/Nikkormat FT series. Introduced in 1967, the FTN is built on substantially the same chassis as the FT, but had center-weighted metering instead of whole-frame average metering, a shutter-speed display in the viewfinder, a few other minor changes, and, critically, a simplified process for mounting the lens. Nowhere on the body does the camera directly identify itself as an "FTN." The serial number begins with an "FT," probably continuous with the serial numbers of the FT, and there is a larger capital "N" nearby, adjacent to the external meter indicator. The "N" may stand for "new." At any rate, it seems the manufacturers viewed this camera as not a new model but an update.

The Nikkormat series cameras achieved a significant following. The camera has an extremely reliable metal-blade focal-plane shutter, based on the Copal Square, known for its high X-speed, durability and accuracy.

In a way, the early Nikkormats can be seen as the successors of the Nikkorex F, a Mamiya-made, Nikon-branded body with the original Copal Square (it was the first SLR to have it). This Nikkorex was a step up from the other Nikkorexes, taking F-mount lenses and a clip-on meter, and in fact filled a new niche for Nippon Kogaku, what we might now call the "prosumer" niche, between amateur and professional-grade equipment. By introducing the metal-blade shutter type and pioneering the marketing strategy, the Nikkorex F paved the way for the Nikkormats.

The Nikkormat FTN represents the most common of the FT series Nikkormats, having been made for almost ten years. Its predecessor introduced the body type and most of the basic features, while the FTN added some much-needed fit-and-finish, and the FT2 and FT3 continued to refine the same body style.

The FTN was produced until 1976, with minor modifications.

The camera is a fairly conventional SLR in the layout of the chassis. However, there are some unusual features that give the camera an unusual look: the shutter speed selector is, as on many fixed-lens cameras, but few SLR's, a ring around the lens mount. This may at first seem like an inconvenience, but it puts both the exposure controls in the same place, and frees up the top of the camera for other things. To wit, the camera features a very large magnified frame counter where many cameras would have the shutter-speed dial, as well as a depth of field preview button that can be mistaken for a second shutter release, closer to the pentaprism. The apparent inconvenience of the shutter-speed ring is also lessened by the fact that the shutter speed is always visible inside the viewfinder, a new feature of the FTN model. The shutter speed is also visible on the opposite side of the ring from the setting lever, with speeds higher than 1/125 (X-speed) in red (indicating that flash sync is usable.)

The shutter is substantially the design which Mamiya, Yashica and Copal (among others) came together to design in the late 1960's, which was marketed by Copal as the Copal Square and first mounted by Mamiya in the Nikkorex F (and store-brand derivatives). It is a fully-mechanical focal-plane shutter, with the moving elements being six metal blinds being propelled by levers, instead of continuous cloth curtains propelled by rollers. Unlike the Nikkorex Copal Square shutter, the Nikkormat shutter seems to be made in-house, rather than by Copal, and has the levers on the mirror-box side, rather than the film side. Shutter speeds run from 1/1000s to 1s and B, with intermediate speeds available between each shutter speed from 1/1000s to 1/250s. Using the shutter with the selector between other speeds is not recommended by the manual.

The shutter speeds are shown by transparent numbers in a slider moving inside the pentaprism enclosure adjacent to the focusing screen. The current speed is lit by light coming through the lens, as well as the adjacent shutter speeds (or a diamond at each end of the speed range), which are tinted yellow.

When the maximum aperture and the film speed have finally been properly set, the camera acts as a fairly conventional center-the-needle metered-manual camera, metering with the aperture wide open. The meter is activated by pulling out the film-advance lever slightly, revealing a red dot. There is a needle at the right-hand side of the viewfinder, between a bracket marked with a "-" and one marked with a "+," which were not present on the FT. Confusingly, the plus and minus marks indicates over- and underexposure, respectively; the plus sign, for instance, does not indicate that the exposure should be increased, as some photographers would naturally intuit. If the needle centers with the shutter at "B," the photographer should use a tripod and hold the shutter for two seconds.

The second meter needle merely has a circle to indicate the proper exposure, though "+" and "-" signs were added to the next model.

We offer two Nikkormat FT N cameras of your choice.
Both cameras are absolutely identical, they have the same set of features and properties, both cameras come with a leather case with the NIKKORMAT Logo on it, both cameras are in excellent condition, without any problems or defects.

The only difference is the lens that comes with the camera.

The camera is offered with NIKKOR-H Auto 50mm F2.0. that will allow you to take pictures with the famous NIKON quality and will serve for many more years.
It's indestructible, takes great photos, and the Nikon NIKKOR Lenses are famous for it's quality.

These old Nikkormats are one of the best kept secrets in pure manual film photography. If you are thinking about getting one, do so before the new "Lomography generation" of photographers catches on and snaps them all up.


EXPEDITED SHIPPING
If you'd like to receive the item overnight or within 1-2 business days please contact me prior to placing an order and I'll calculate the shipping cost for expedited delivery.


INTERNATIONAL SHIPPING INFORMATION
If you are living outside of the US and wish to purchase this item, please contact me first and tell me where you live so I can tell you how much it is going to cost to ship to your country