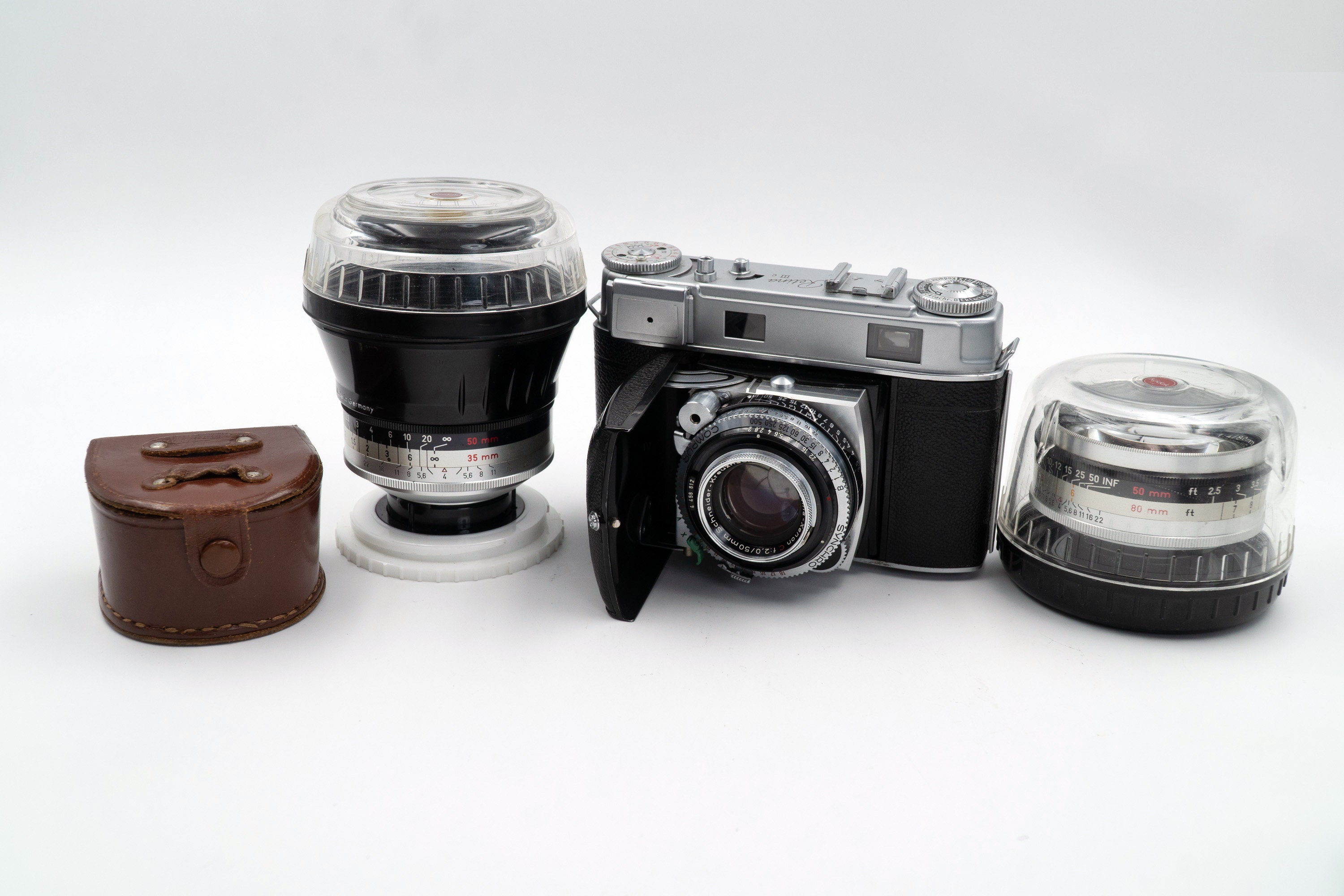 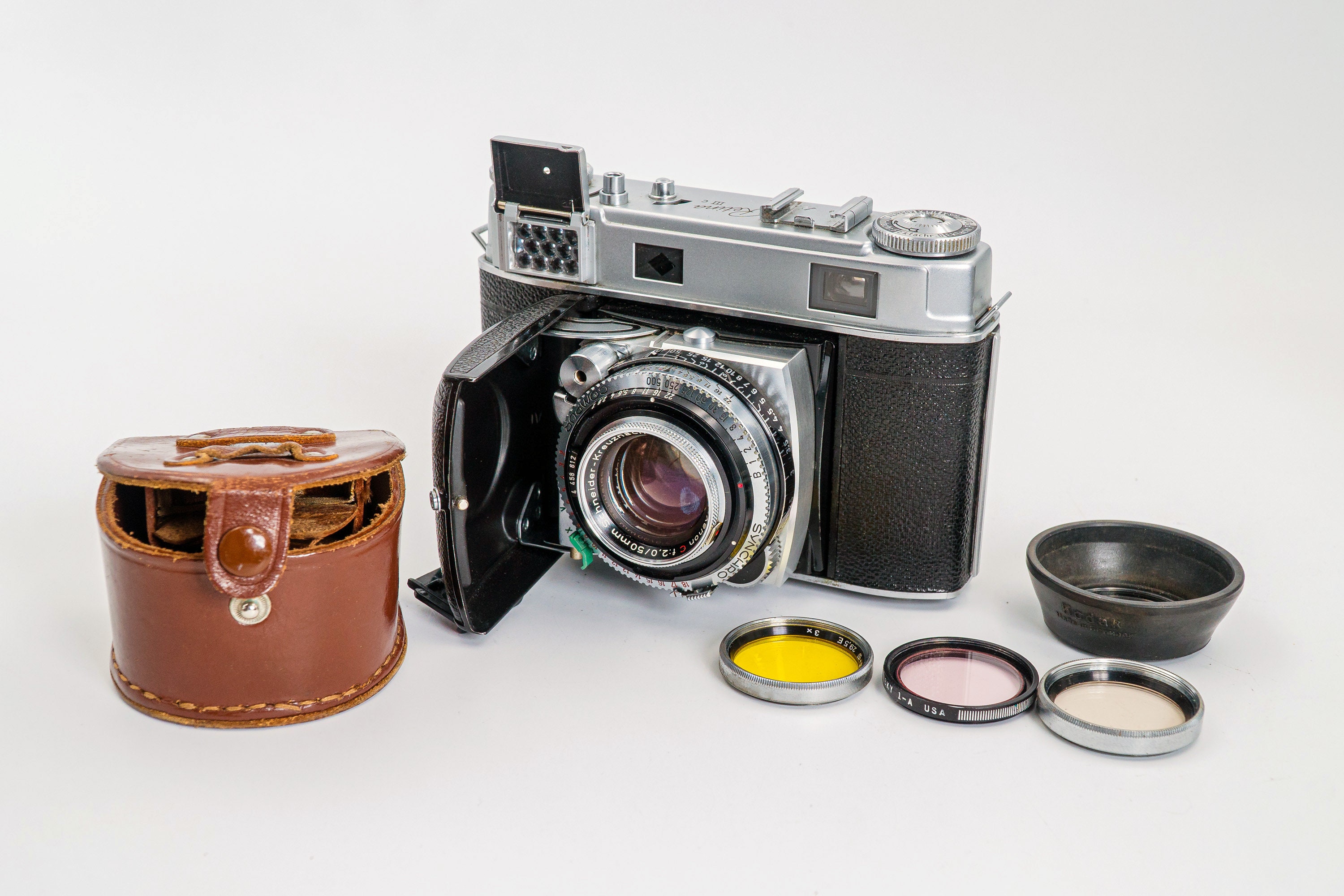 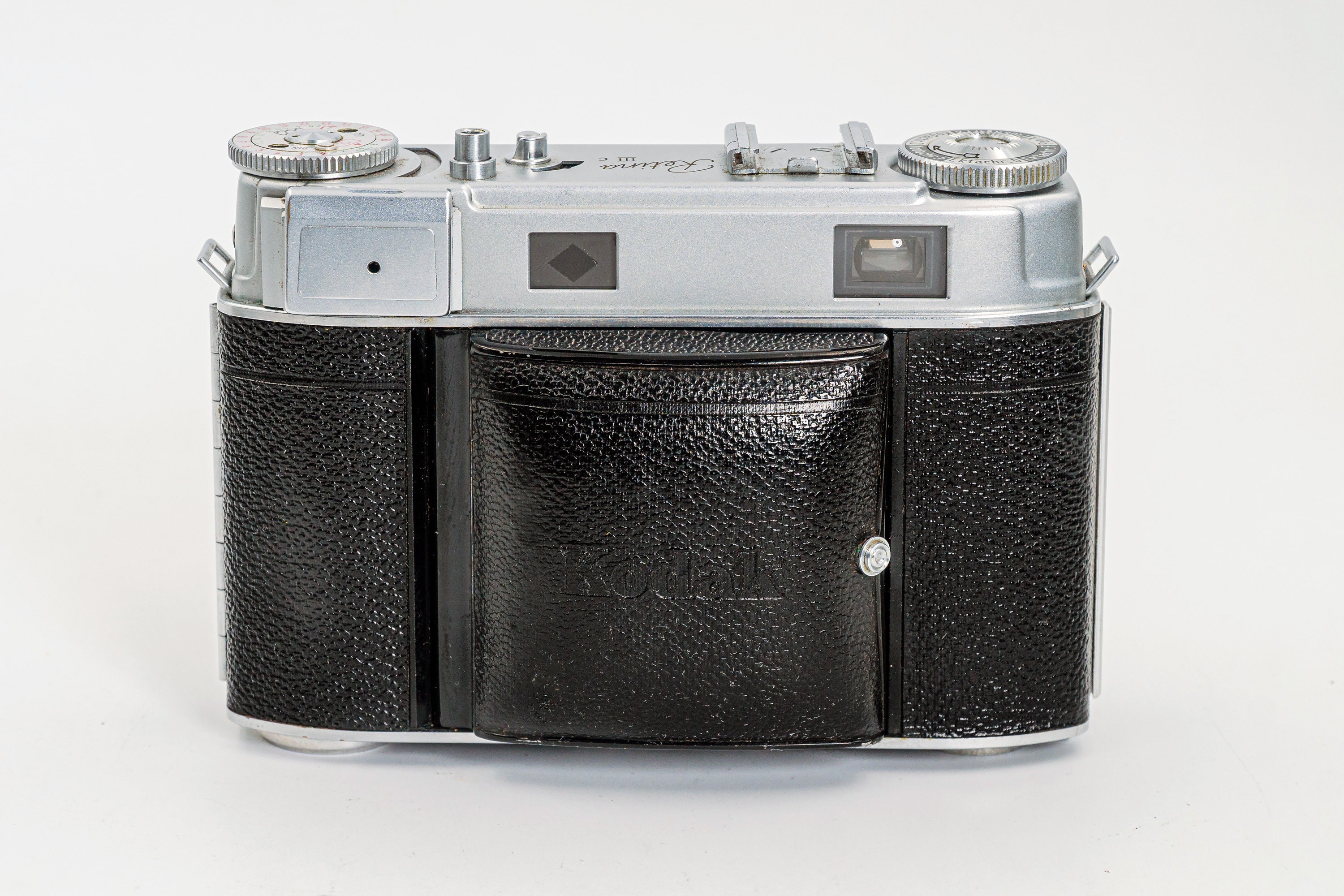 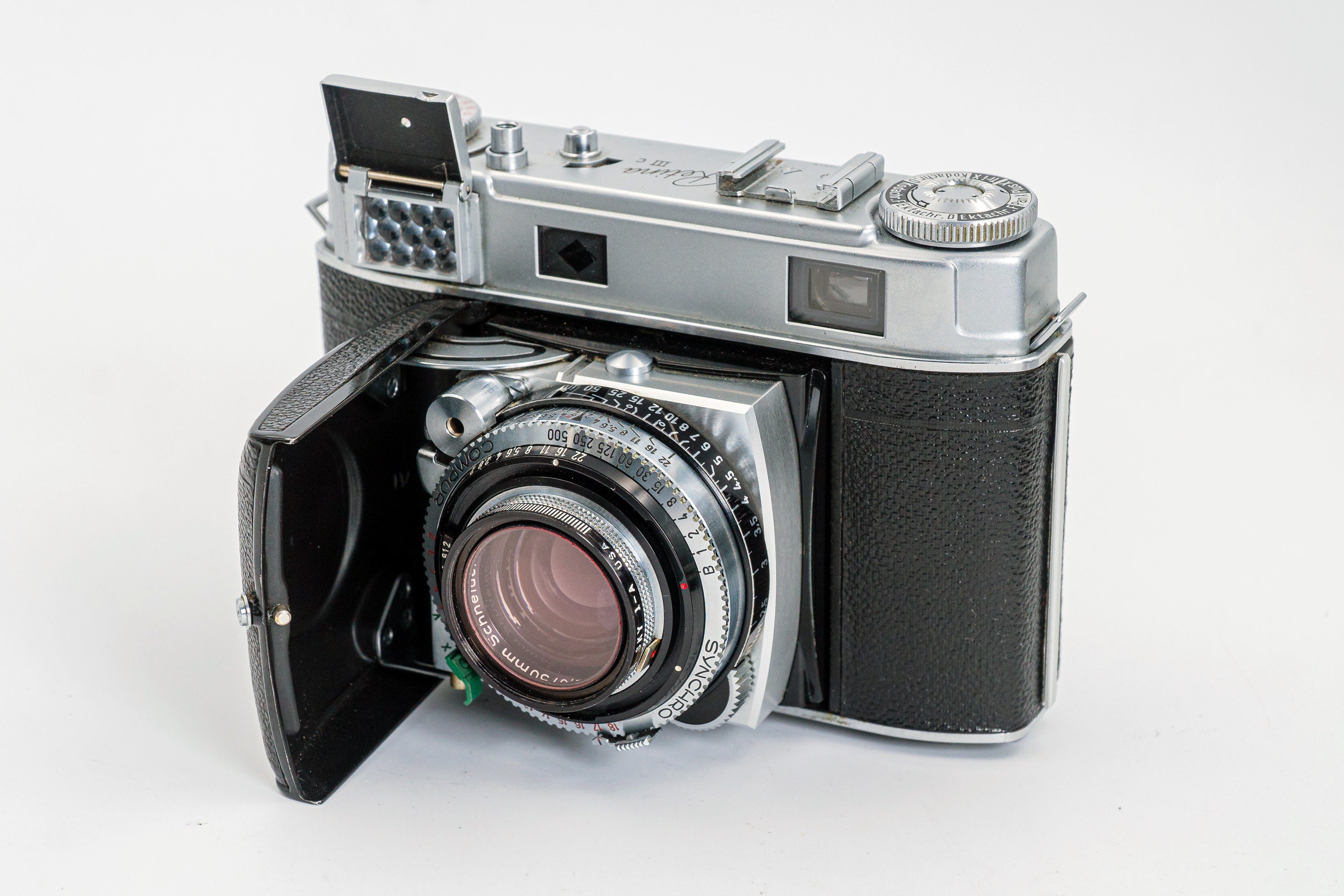 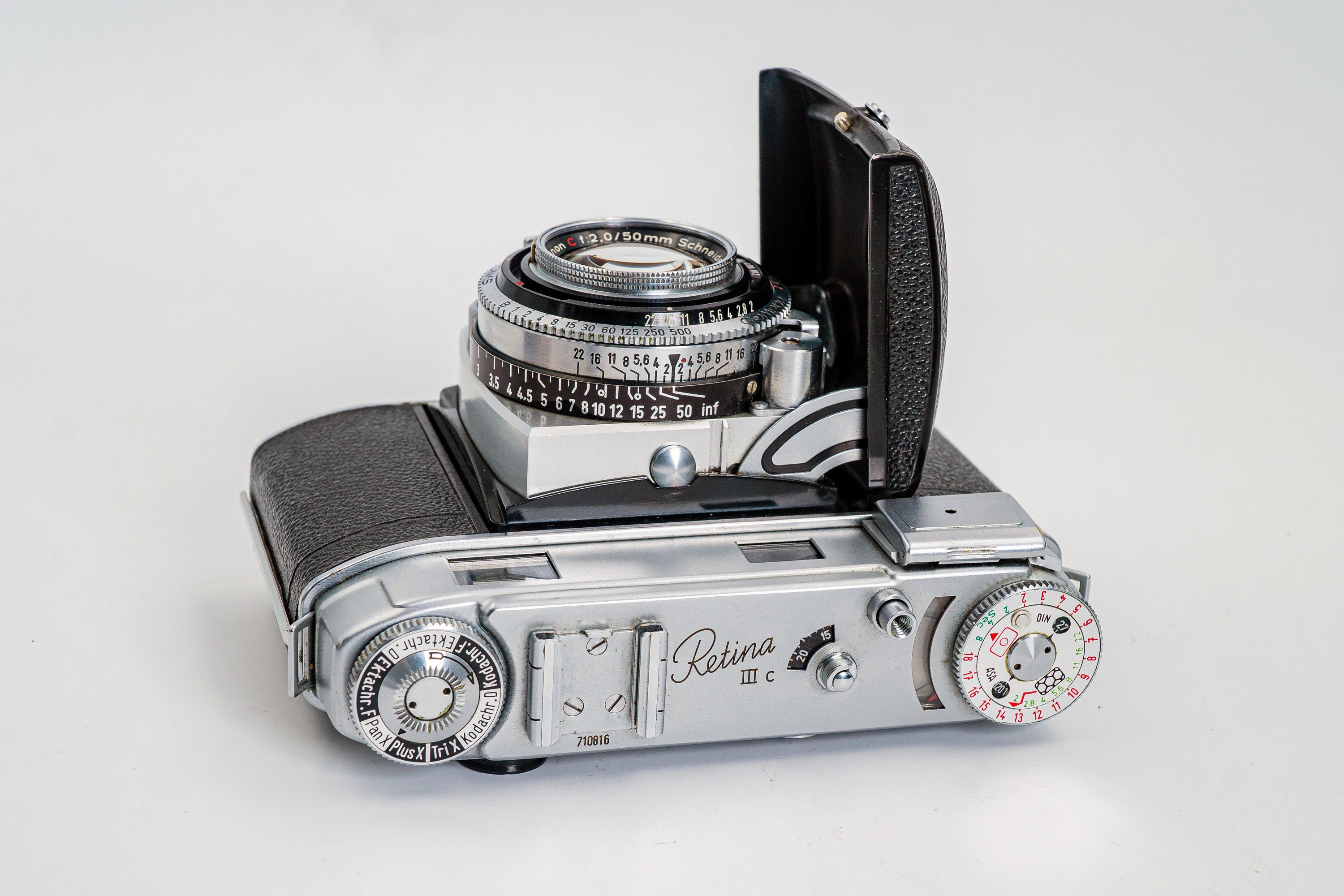 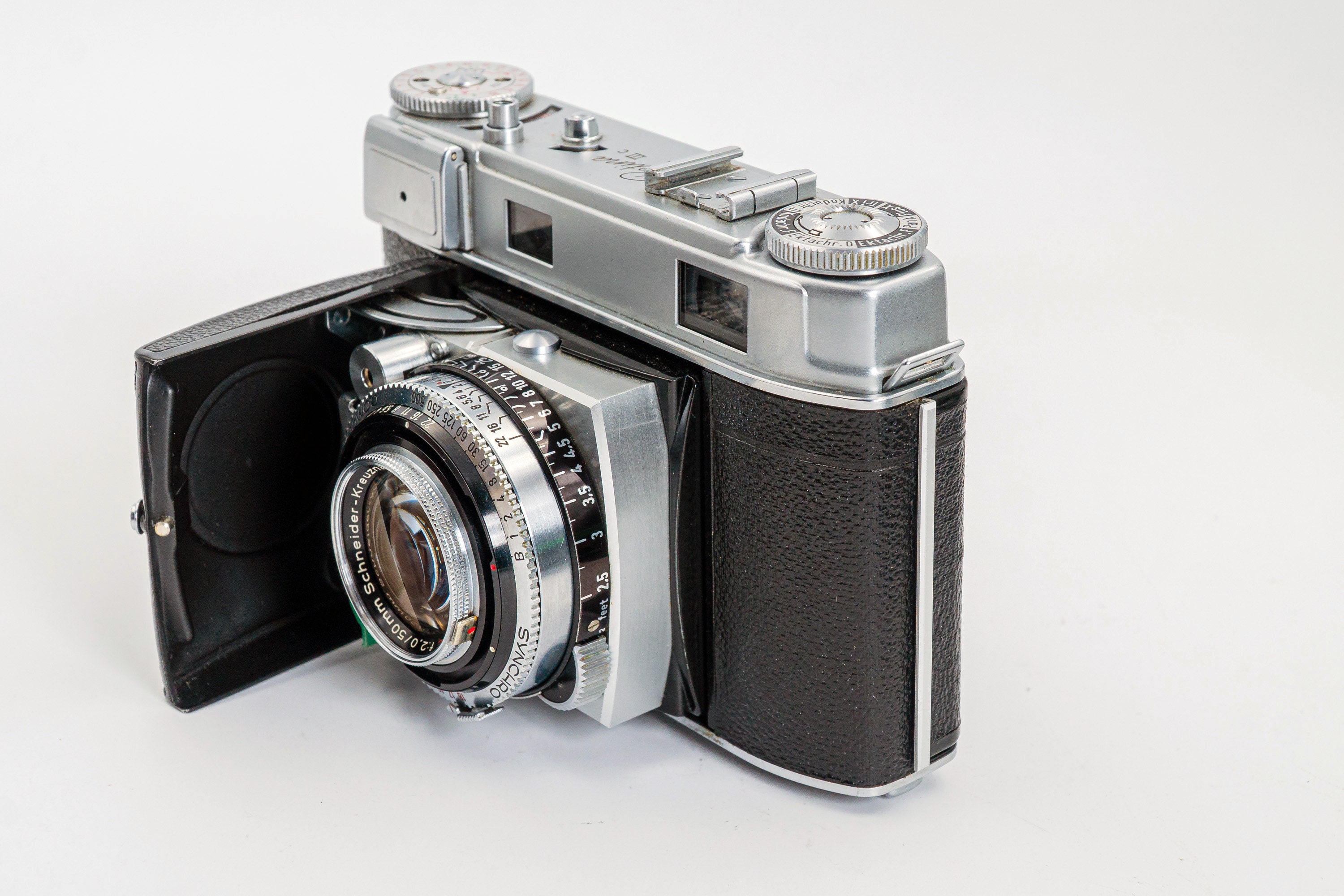 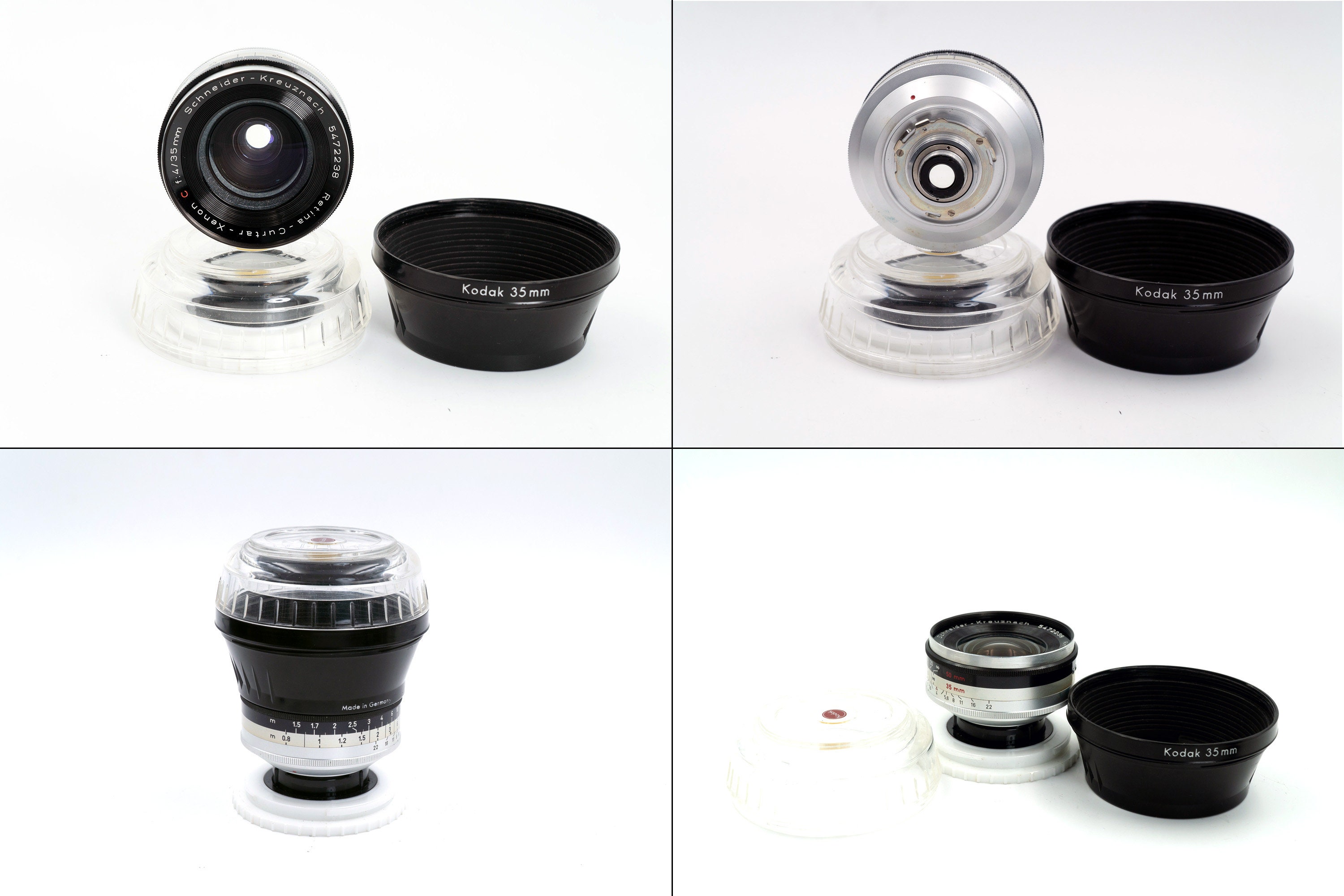 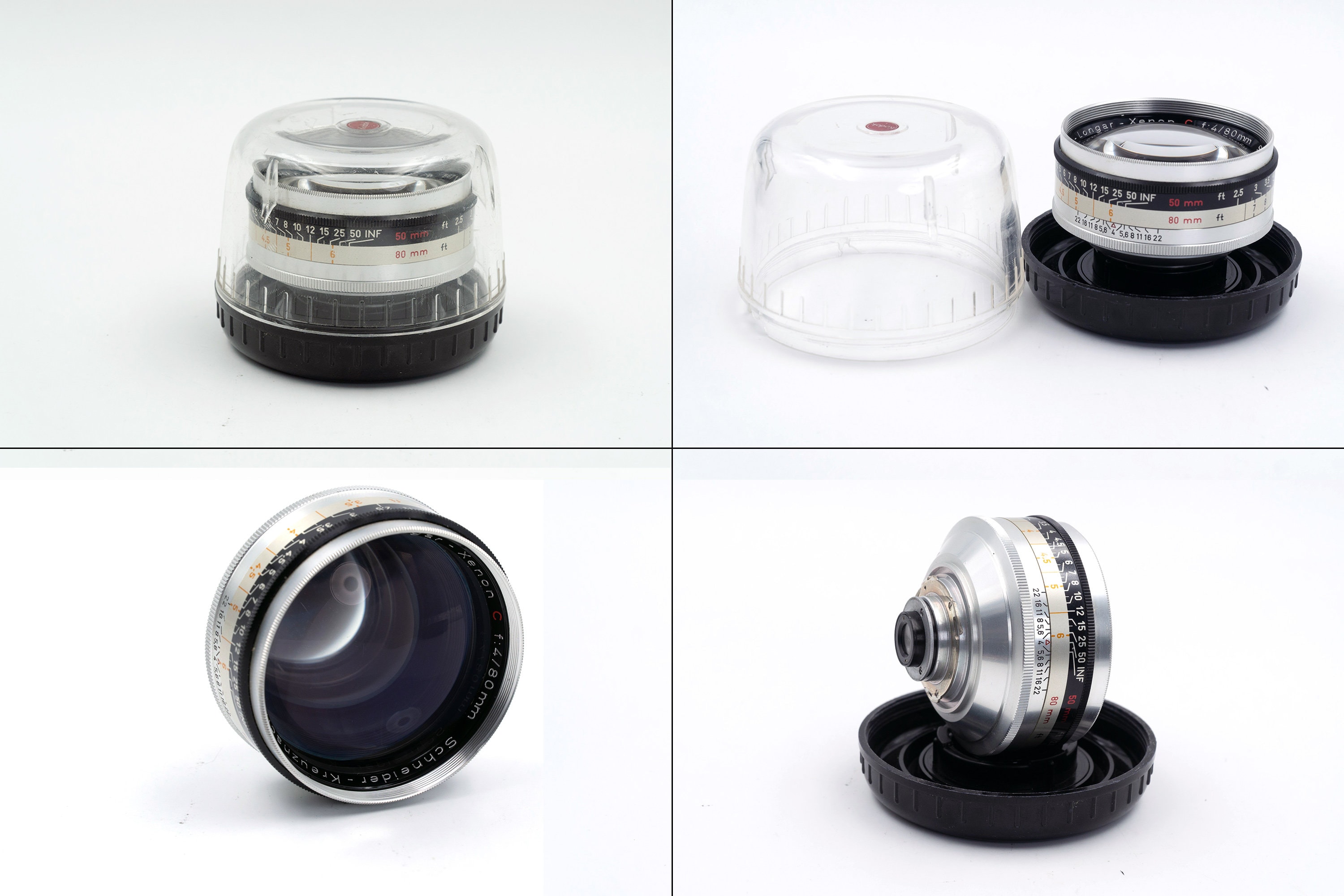 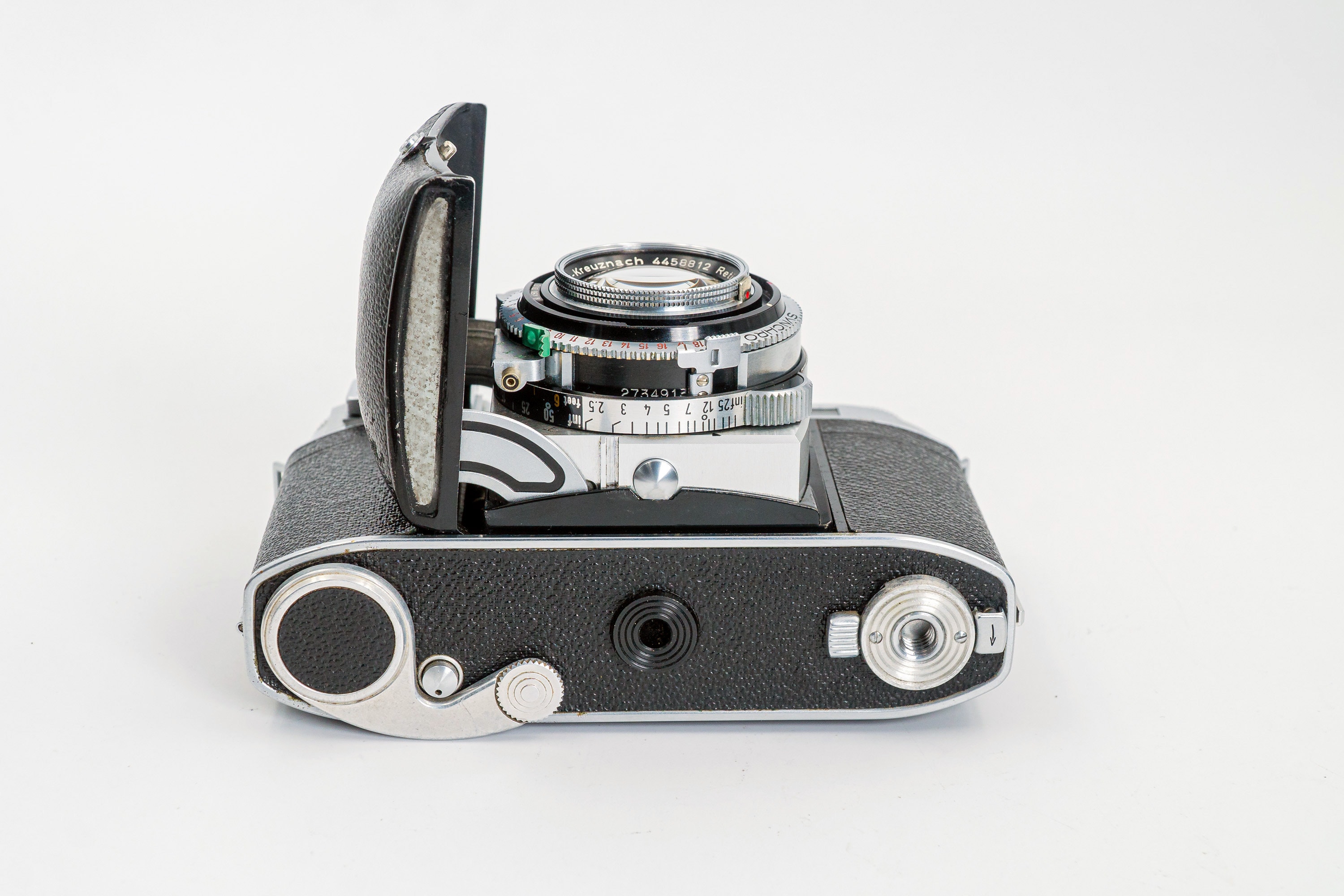 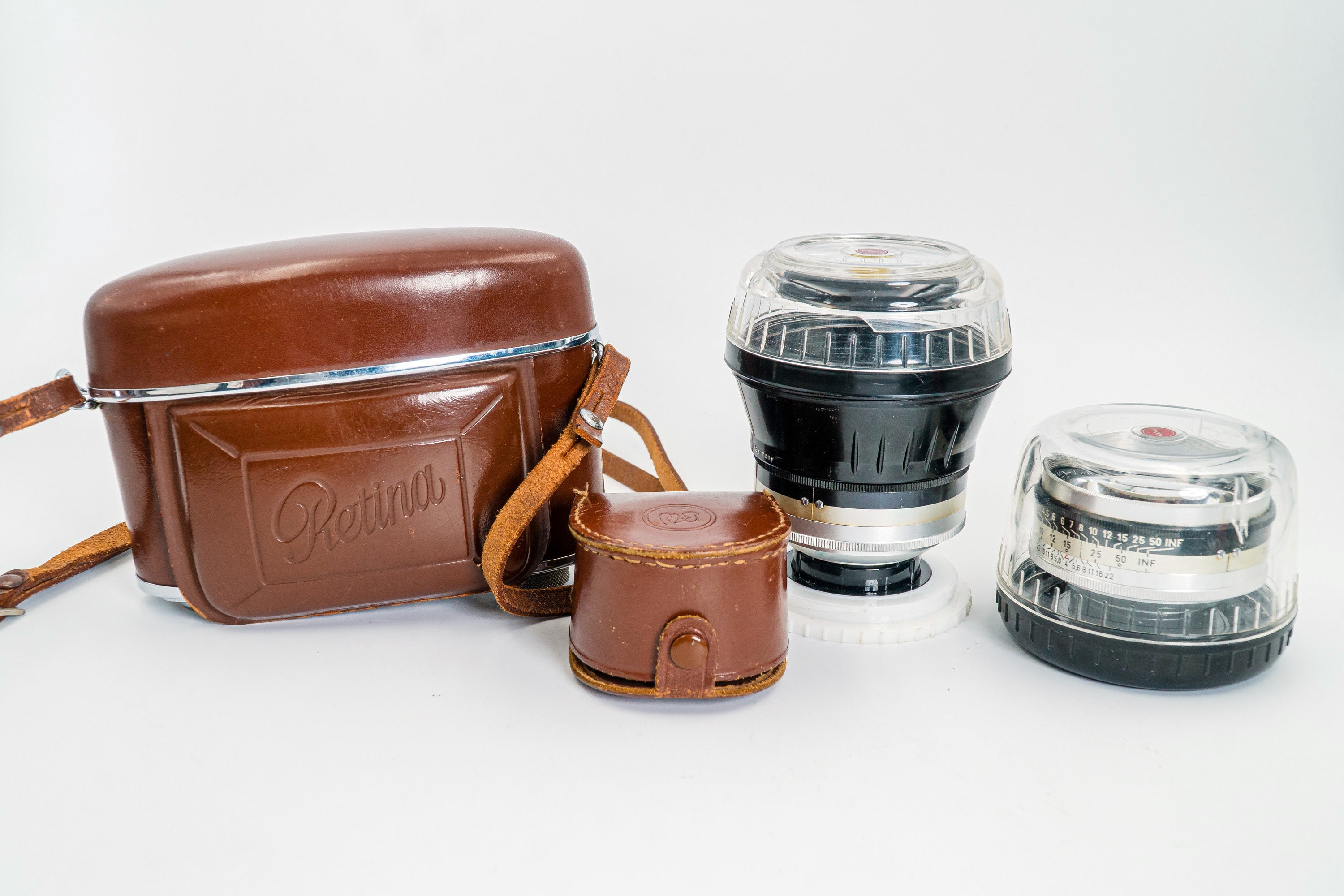 Legendary Retina was the brand-name of a long-running series of German-built Kodak 35mm cameras, produced from 1934 until 1969. Kodak Retina cameras were manufactured in Stuttgart-Wangen by the Kodak AG Dr. Nagel Werk which Kodak had acquired in December 1931.

This KODAK Retina IIIc camera is the culmination of the Kodak folded rangefinder cameras. Rangefinder, coupled cell, fast cocking by means of a lever (under the body), everything is there to meet the requirements of professional photographers during the 55' - 60' years.
It is the model with a lens/shutter assembly with interchangeable front element of the lens. There are only three interchangeable lenses for Retina IIIc: Famous Schneider-Kreuznach 35 mm, 50 mm and 80 mm, and we are offering all of them with filters, hoods and other accessories in this lot!

Compared to the earlier models (1951 Ia & IIa), Retina IIIc was a complete redesign - the extending lens assembly now slides forward on the body and is thus much more rigid than earlier models. The front opening "door" no longer plays any supporting role and merely moves the lens assembly in or out. The film advance lever was moved to the base of the camera.
The IIIc differed from the cheaper models mainly in the addition of an f/2 Xenon lens in place of the f/2.8 found on the previous RETINA models, plus an uncoupled light meter.
Genuine leather case, the camera and lenses are in exceptionally good condition. This set comes from an estate of quite popular photographer from Washington DC, not from somebody's attic. It was maintained very carefully and there are no any major defects, rust, scratches or dents. This is a real gem for serious collectors and it is in full working condition.

Here is the technical specs of this Kodak Retina IIIc camera:

The set comes with:

Everything in this lot was Made in Germany